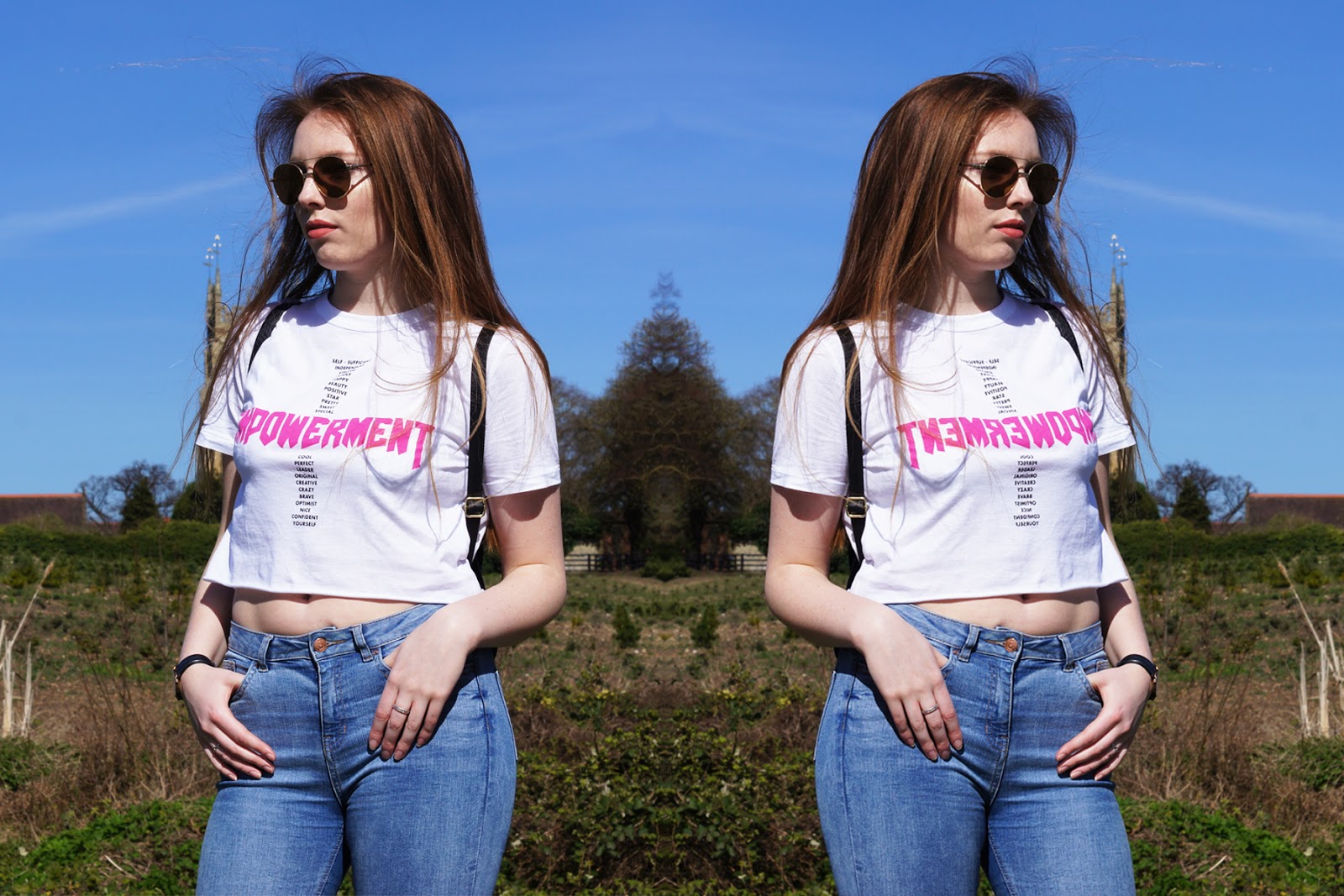 Feminism. What image does that word provoke in your mind? Bra burning? Or maybe man hating? OR scrapping your make-up collection and never wearing sexy clothes ever again? Well it shouldn’t. That is nothing to do with being a feminist. And this is why it’s SO wrong to confuse that. 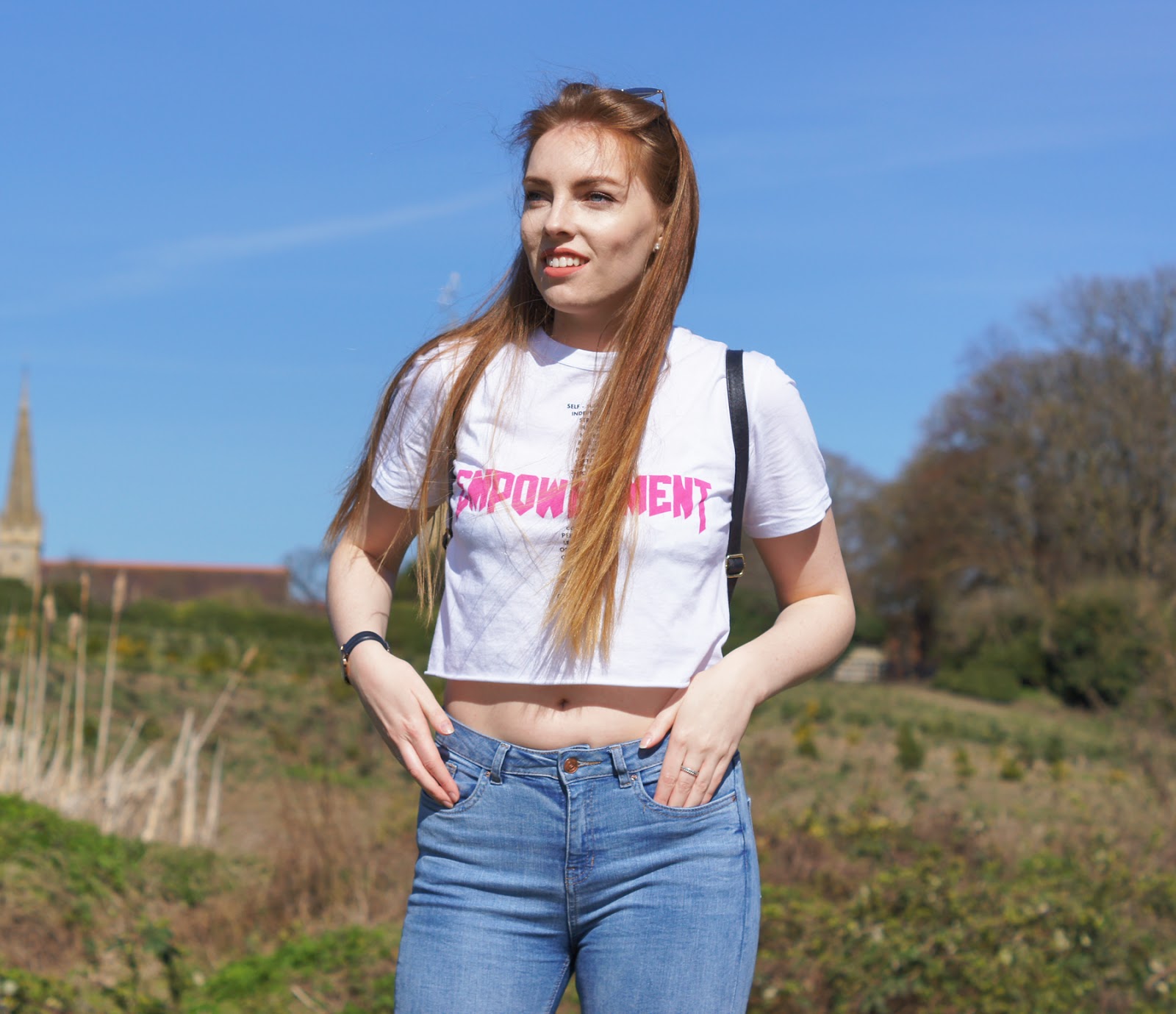 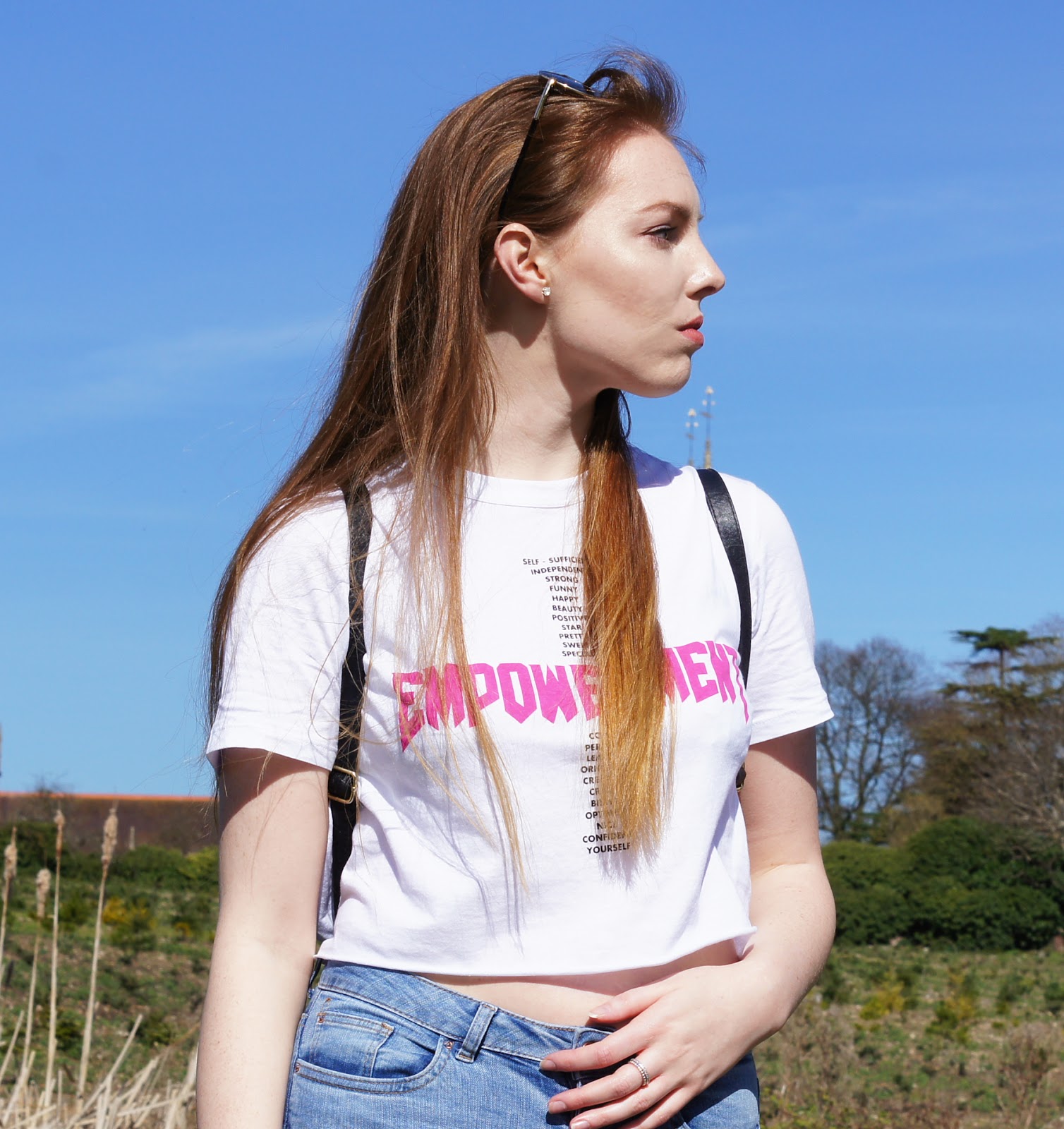 Fair enough, if some women are into all of the above, fine, everyone is entitled to their own opinions, and to fight for what they believe in, and I respect that. But it isn’t right to do so under the name of a vital movement in society that is so often misconstrued for something so much more aggressive than it actually is. A high percentage of men think that this is what feminism is about, and this in-acurate portrayal of what feminists stand for, is mis-educating men, and women everywhere. As well as giving feminist women a stigma that seems to be hard to shake. How is that ever going to help us move forward?

“The advocacy of women’s rights on the ground of the equality of the sexes.” – The Oxford English Dictionary

There is nothing that inspires me more than seeing women passionately voicing their opinions on this and helping educate people on how things really are. The truth is, a lot of people, mainly in the older generations, just don’t see a problem, as this is their ‘norm’, and ‘the way things should be’ in their eyes. The men should work, and the women, well, they should keep the home ticking along nicely, and keep within 10 feet of the kitchen at all times. Heaven forbid the man washes a dish, cooks a meal or does a spot of laundry. I literally cannot even imagine living in a world like that, where it’s unheard of to live in a way that could mirror a stereotypical male lifestyle. I have a University degree, I have a graduate job and I live out on my own in a city. I’ve worked for everything I have, and will continue to do so, along with all the other GIRL BOSSES around the world. We can do just as much as men can, and that’s what it’s all about. 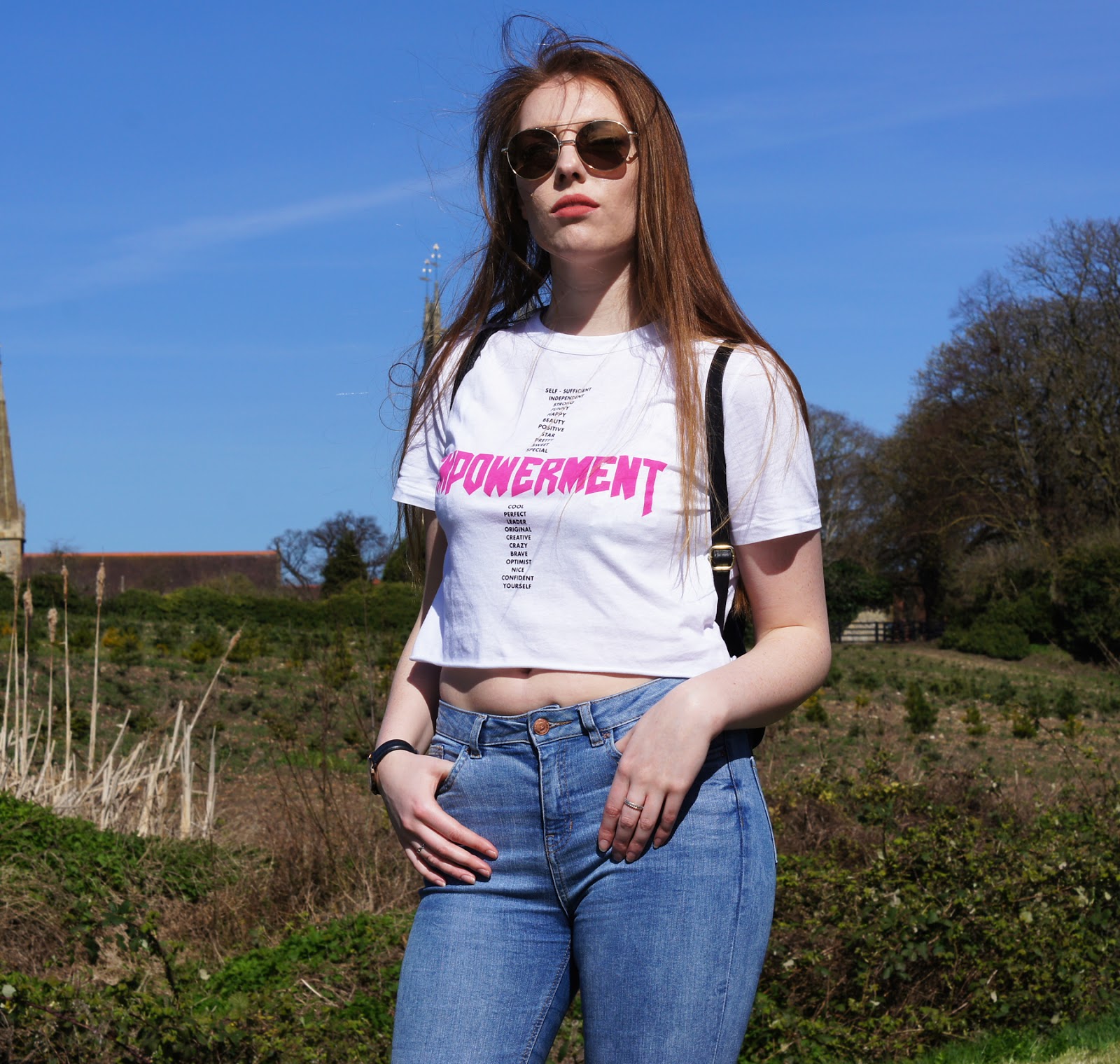 I’ve recently watched Good Girls Revolt on Amazon Prime, which is a great series based in 1969 NYC and around real life events about women in the workplace. The show really fuelled my desire to push for what I believe in, as it really made it hit home for me how bad of an issue sexism was just 50 years ago. Women were not allowed to even apply for certain job roles, because they were automatically deemed inferior to males, and mocked. And though sexism is still a huge workplace issue, with equal pay not yet being something we’ve achieved, it’s amazing to look back to see just how far we’ve come, all from women, and men, campaigning for what is right. Equality.

It’s an issue I believe every woman should be pushing, and I really hope that 50 years down line we can look back in awe and see this as an issue of the past, and something our children and grandchildren will never have to witness first hand. That’s my wish, and I hope that you’re all with me in pushing for that.

BUT… On the flip side, it’s also so important for men to understand feminism, because they should be feminists too. It’s not all about women. Men have so much to gain from the movement. Men in the UK are more than 3x more likely to commit suicide than women. I know this blog doesn’t usually get so serious, but this is an issue close to my heart, and part of why I’m so passionate about all of this. Generally, men don’t talk about their deepest worries, and express their emotions like women do, and to me this is one of the main reasons for that awful statistic. If equality were to be truly achieved, and men could learn to feel comfortable chatting about feelings to their mates down the pub, just like women have learnt to love building their own careers, it will be empowering for us all as the human race. Let’s keep pushing. 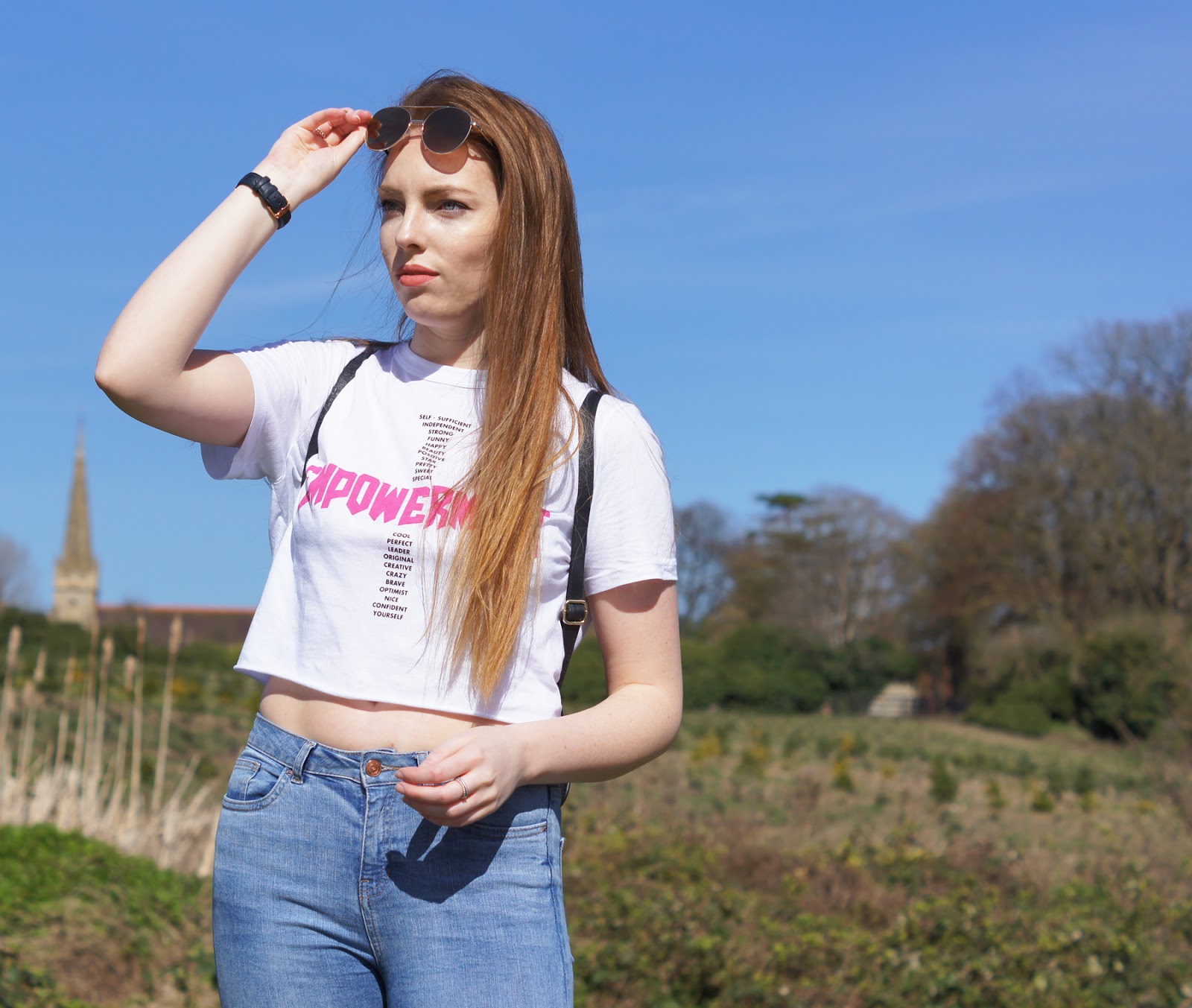 The truth is that I’ve had this post drafted since last year, before Donald Trump, before the Womens’ Marches, and to be honest, I feel like we have actually come a really long way even since then because of this movement and backlash to current affairs. We obviously still have a long way to go for equality, but I’m super proud of all the guys and gals who seem a lot more understanding and onboard with the whole thing. And to the absolute babes on the high street selling pro feminism slogan shirts, YAS.

P.S… This is the last post you’ll see with my long hair! Check out the new-do on insta if you haven’t already! And please let me know what you think.. it’s a big change and I’m thinking of going a bit shorter!

*** Statistics Mentioned in this post were gathered form Samaritans.org ***